How to get to IMECC

IMECC is located on the Unicamp campus in Barão Geraldo, Campinas-SP.

The main highways that reach Campinas are:

The closest airports to Campinas are:

Some options to get to IMECC are indicated in the diagram below: 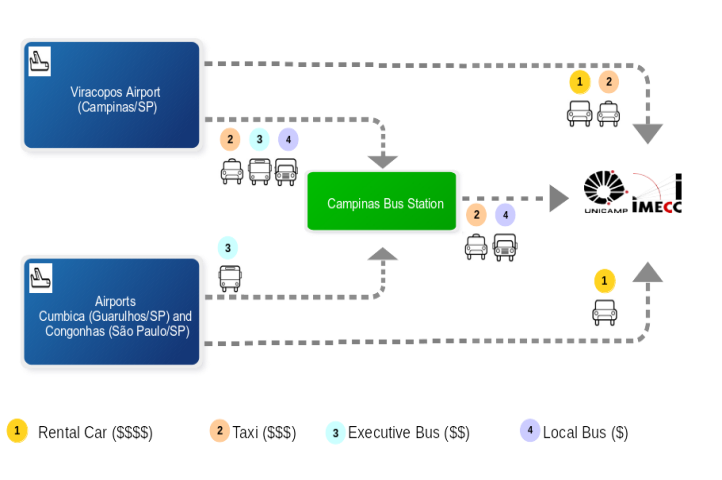 You can rent a car at one of the existing rental companies at the airports mentioned above and come straight to IMECC. For more information click on one of the items below:

You can also take a taxi / uber / 99taxis for the following routes:

The LiraBus company has special bus lines that make transfers between Campinas and the airports below, such as: